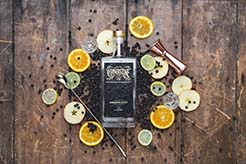 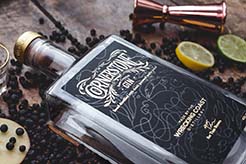 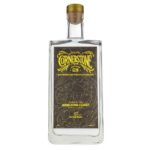 The distillers at The Wrecking Coast Distillery masterfully team up with Tom Brown from Cornerstone Restaurant in Hackney, London, to collaborate on this standalone gin creation. Tom wanted to design a gin that would compliment the seasonal ethos his restaurant represented. The outcome was this wonderfully expressive gin. It has all the hallmarks of a classic London dry; it it is juniper forward with spicy coriander and citrus notes with a peppering of Cornish influence from hedgerow rosehips and rowan berries but the real magic lies in the distillation, instead of using water, they used Polgoon Orchards fresh cloudy apple juice which lifts the gin to a sweeter dimension.

Premium ginger beer and a chunk of crunchy red apple or served straight up on the rocks.

After a challenge from their wives back in 2015, The Wrecking Coast Distillery came to be, and it’s been a personal passion project for the chaps ever since. Born in Tintagel, their philosophy remains the same:…
Read More