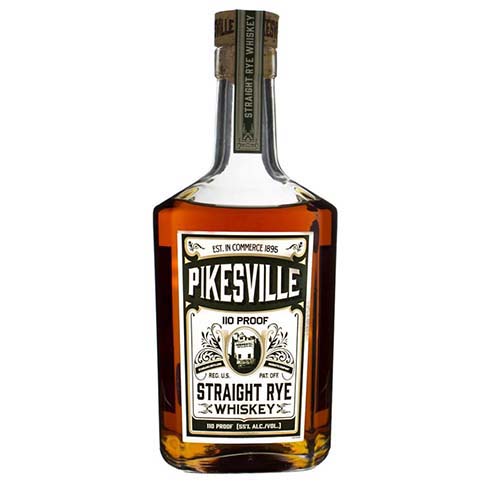 Pikesville Straight Rye Whiskey refuses to be forgotten. First produced in Maryland in the 1890s, the brand, along with the rest of the once-booming Maryland Rye industry, was shuttered by prohibition. The brand reemerged after prohibition and became the last standing Maryland Rye, as the rest of the industry’s production had ceased. Now produced in Kentucky from extra-aged barrels stored in prime warehouse locations, Heaven Hill keeps this historic Maryland mark alive with this award-winning six year old, 110 proof offering.