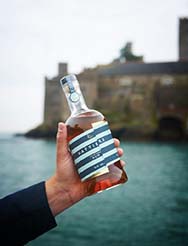 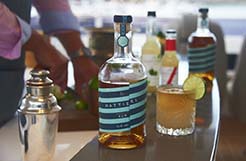 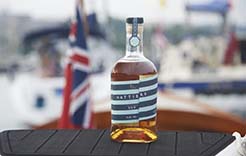 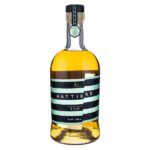 Philip Everett-Lyons decided to setup H. B. Evelyo Distillery in 2017 after he and his wife moved back to the rolling hills of the South Hams, Devon after a busy career within the film and TV industry.  The family’s passion for life at sea and eagerness to make a really good rum fuelled their drive to make Hattiers Premium Reserve, all the while keeping their core family values of honour, integrity, loyalty and trust at the forefront of their creation in the guise of their family crest stamped on the bottle. Hattiers contains a blend of 4 aged rums; 8 year old Barbados rum, 8 year old Dominican rum, 6 year old Panama rum and a 4 year old Guatemala rum. which is then reduced to bottling strength with Devonshire water. The result is a golden amber rum with aromas of toffee, caramel and cacao with hints of apricot and banana.

Put a West Country twist on a Dark and Stormy and make the Devon Storm with a premium ginger beer and a splash of from lime. Otherwise this makes a fabulous sipping rum.

Established in 2017 and the brainchild of Philip Everett-Lyons, H. B. Evelyo Distillery came to life after Philip and his wife had moved back home to the beautiful South Hams in Devon. Following a decade…
Read More