Las Cabras Distillery was first built as a sugar mill in 1919 before ownership passed between government, international investors and failed businessmen. It wasn’t until the mid-nineties when Master Distiller, Don Pancho, and Carlos Esquivel discovered the neglected warehouse along with an abandoned copper still. The duo paired up and transformed the discovery into one of Panamas greatest rum distilleries. Raw sugar can molasses is diluted and fermented with Don’s own made pineapple yeast. It is then distilled though five continuous stills before being aged in ex-bourbon barrels for 7 years. The result is a delicious spiced rum with complex notes of molasses, dark chocolate, pineapple, vanilla and cinnamon.

Excellent in cocktails or on it’s own with a ball of ice. 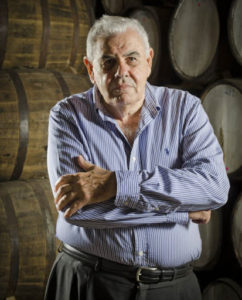