Todd Leopold received his diploma in Malting & Brewing from the Siebel Institute of Technology in Chicago in 1996. After graduation, he trained at the Doemens School in Munich focusing on the production of lager beers. He has apprenticed at several breweries and distilleries throughout Europe.

On October 8th 1999, Todd and Scott opened a microbrewery called Leopold Bros. in Ann Arbor, Michigan. The brewery and its adjoining taproom quickly became popular for its array of beers, live music, board games, and inviting atmosphere. Above all else, the brewery was well-known for its eco-brewing techniques, organic ingredients, and effective management of water and waste byproducts – the first of its kind in the region. It was not long before the brothers acquired a distilling license in addition to a brewing license. They began making spirits to serve at the brewery starting in 2001.

Several years later, Todd and Scott purchased four acres of nearby land to build out their ideal distillery, including systems to create a zero-waste facility by recycling water, composting, and other methods. In addition a larger space to accommodate all their fermenters and stills, the site would also be home to Colorado’s first distillery malting floor and kiln, as well as a dunnage-style barrelhouse, a tasting room, and education center. The Leopold Bros. distillery as it stands today opened in 2014. 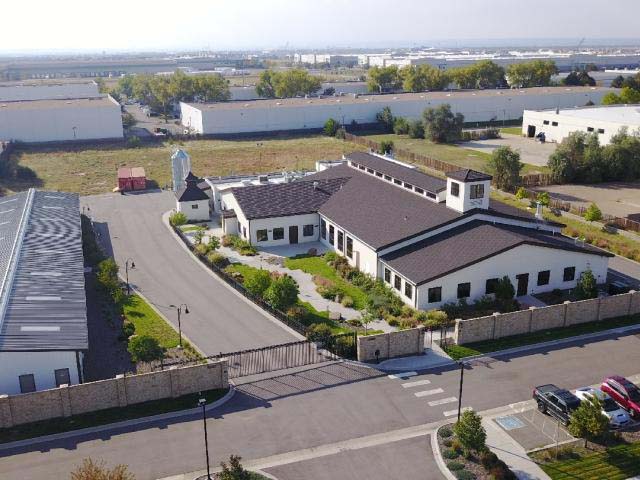