As combinations go, it’s not an obvious one. But Elephant Gin is more than just the obvious choice.

The founders were inspired to create Elephant Gin following their own adventures in Africa. With a vision to conserve the wildlife they feel so passionately for, they decided to launch a product that would help conservation trusts. They strongly believe that this generation has a responsibility to support the African wildlife today, so others can continue to enjoy it in the future.

Up to date, Elephant Gin has contributed over EUR 500,000 (Roughly £445,131.75) to its partner foundations through the sales of its bottles as well as fundraising events. By working closely with the foundations, Elephant Gin ensures that the donations arrive on the ground and are contributed to select projects that are mutually agreed upon. In order to keep up to date on the progress and developments, the Elephant Gin team regularly visits the foundations.

BIG LIFE FOUNDATION is an anti-poaching organisation that employs over 280 rangers protecting two million acres of wilderness in the Amboseli-Tsavo ecosystem of East Africa (just north of Mount Kilimanjaro). They do so through innovative conservation strategies that address the greatest threats while – at the same time – satisfying the economic interests of the resident Maasai people in ways that improve the quality of life for the entire community.

SHELDRICK WILDLIFE TRUST is known as the most successful orphan-elephant rescue and rehabilitation program in the world. Its elephant orphanage near Nairobi nurtures baby elephants who have been orphaned in the wild – often either left behind when their mother dies due to poaching or other human intervention. Each baby elephant has the support of a dedicated team to nurse them back to strength and to rear them in such a way that they can return to the wild when grown.

Elephant Gin has been supporting Big Life Foundation’s Ranger Club to fund the seemingly never-ending work of anti-poaching rangers. These brave individuals are out in the wild every day, living in Big Life’s remote outposts, undertaking daily foot patrols, tracking and arresting poachers, and providing security for critically important wilderness in the Amboseli-Tsavo-Kilimanjaro ecosystem.

The rangers work tirelessly to protect elephants, rhinos, lions and other animals from poaching and retaliatory killing due to human-wildlife conflict.

Through the funds, Elephant Gin is directly contributing to 45 anti-poaching rangers’ salaries, rations and equipment such as tents, rucksacks, sleeping bags and mosquito nets.

Together with Space For Elephants Foundation Elephant Gin has funded an education centre The Wildlife Spirit. The main purpose is to educate local youth and adults in the area on their country’s wildlife and environment, as well as give local and international visitors an opportunity to learn about elephants including their intelligence, importance in the ecosystem and need to protect them for future generations.

Located in the Lobombo mountains, the Wildlife Spirit offers an a breath-taking view on lake Jozini and activities on elephants, ingenious plants, local arts & craft, elephant-dung-paper making and more.

Caring for and fostering orphaned elephants

With the launch of miniature bottles in December 2017, Elephant Gin was keen to support Sheldrick Wildlife Trust and their mission to rescue and rehabilitate orphaned elephants.

15% of the miniature bottle profits is donated to the Sheldrick Trust’s initiatives, including their pioneering Orphans’ Project, helping to support round-the-clock specialist care of the orphan elephants with proper nutrition, veterinary care, a human family of full-time keepers and well-constructed and maintained stockades for safety and shelter at night.

In addition, Elephant Gin currently fosters 22 orphaned elephants, whose names can be found on the miniature bottles. These elephants have been raised by the Sheldrick Trust from infancy and are now living wild. Great success stories to tell!

Their Support For Botswana’s Research

After hearing about the tragic and mysterious deaths of over 350 elephants in the Okavango Delta region in Botswana in 2020, Elephant Gin released a remembrance edition bottle of London Dry Gin to support the ongoing research.

15% of the profit from each bottle sold supported Elephants Without Borders (EWB), a wildlife conservation organisation in Botswana, which contributed to the flight project to spot and record the incidents. Some of the animals appeared to have died suddenly, collapsing chest-first while walking or running. No tusks were removed, suggesting that poaching for ivory may not be to blame.

Researchers from EWB, that conducted the flights documenting the problem, observed some live elephants that appeared to be disoriented, including one that was walking in circles. Others were dragging their hind legs, as though paralysed, and still others appeared lethargic and emaciated. Males and females, young and old, all seem equally affected.

The most up-to-date research concludes that the elephants died from ingesting cyanobacteria. Cyanobacteria are toxic bacteria which can occur naturally in standing water and sometimes grow into large blooms known as blue-green algae. Scientists warn that climate change may be making these incidents – known as toxic blooms – more likely, because they favour warm water. 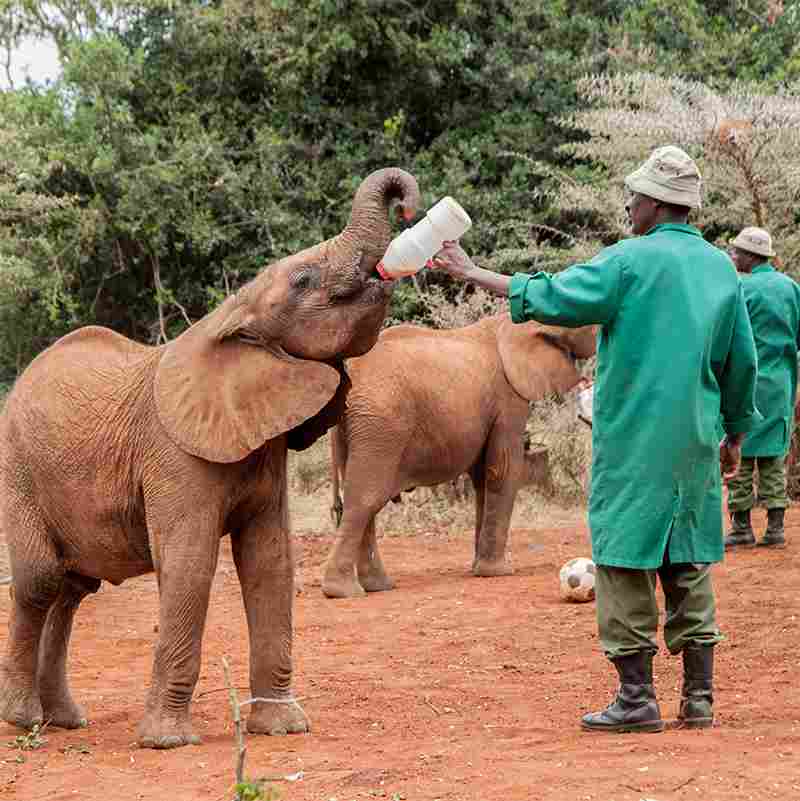 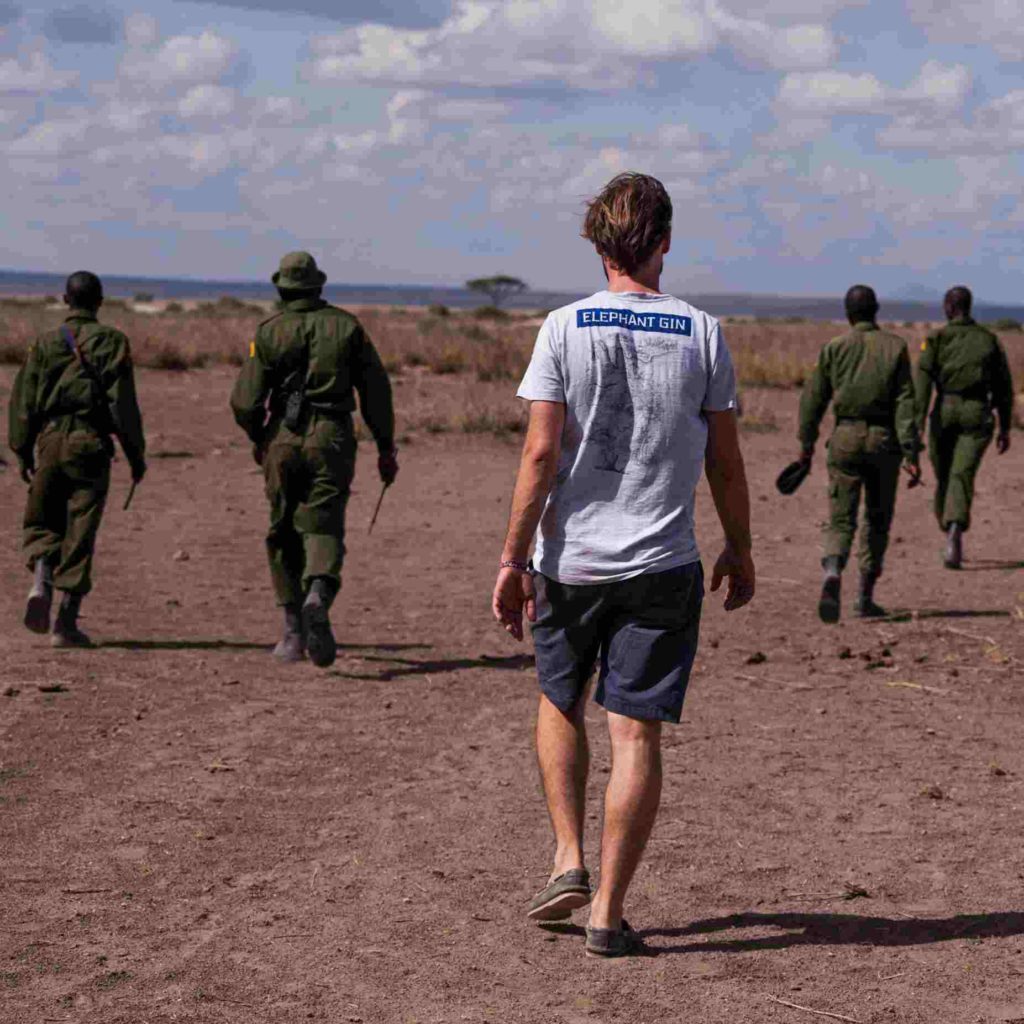 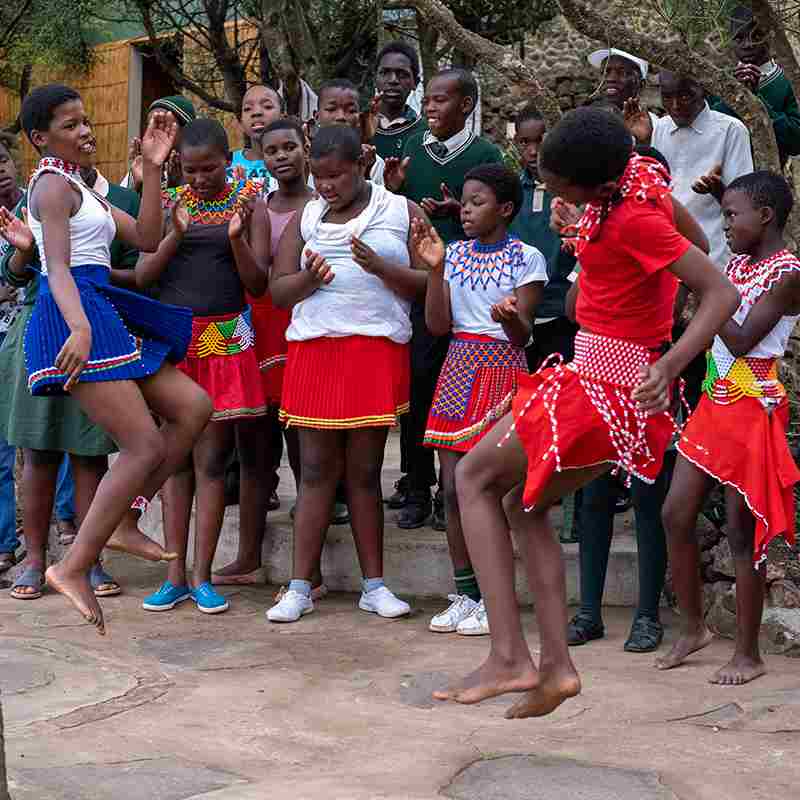