Not only is this gin 47% abv but it also contains a masterful and complex mix of a whopping 47 different botanicals! The ‘monkey’ element refers to the story of a British Air Force Commander who helped rebuild Berlin Zoo after the war, including sponsoring an egret monkey (depicted on the label) and later opening a Black Forest guesthouse called ‘The Wild Monkey’ at which he served his own gin. Distilled in the Black Forest in Schwarzwald, Germany, this really is the gin that keeps on giving. Every time you try it you’re given a new flavour or aroma both on the palate and on the nose with botanicals such as lime, lemon, almond, acacia, angelica, sage, sloes, spruce, cloves, lavender, jasmine, nutmeg, cardamom, lingonberries & cinnamon. 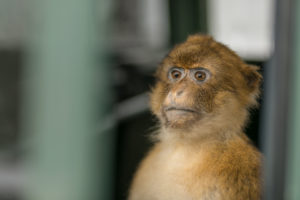