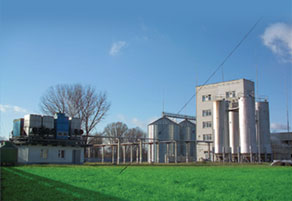 ITAR Distillery was founded in 1995, specializes in the production of ethyl alcohol from agricultural raw materials, and is the only one of its kind distillery in the Kaliningrad region in Russia. Since 1997 ITAR Distillery produces the Russian vodka.Russian vodka is distilled by ITAR according to the traditional Russian classical method and based on selection the best winter wheat grains from the fertile soil of the Kaliningrad