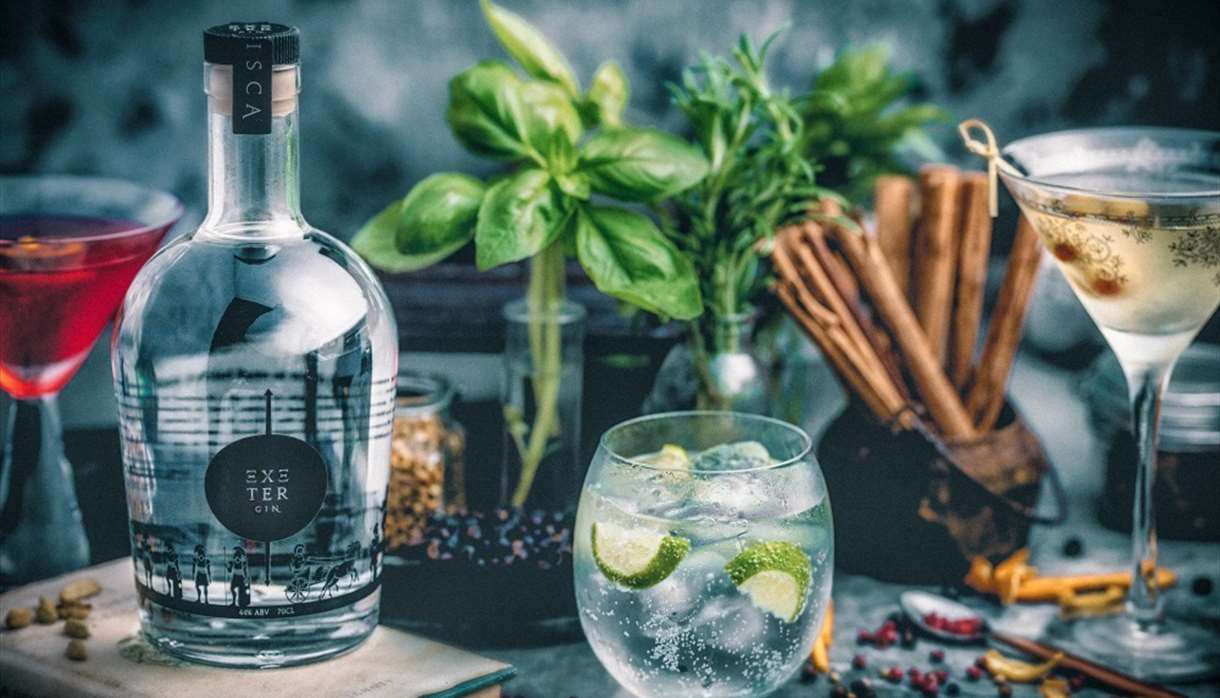 Almost two decades ago I worked in advertising (for a then very well-known yellow directory) with a large team of highly motivated and focused people. I left that life behind for a new beginning in the drinks industry, little did I know that I would once again be working with one of my old colleagues Karen Skerratt. Karen and her husband Mick took the brave step of setting up a distillery and giving Exeter what it’s been waiting for – Exeter Gin!

Karen herself had been working in the industry for several years in the city serving gin in her pop-up Gin Palace where she was regularly asked for Gin from the local area. This was the inspiration she needed to create her own recipe with a nod to the city’s Roman heritage. The family were looking to create a spirit with botanicals the Romans would have had access to such as tarragon, basil, cardamom and marigold although their main flavours are from quality juniper berries and baked Valencia orange which is beautifully crafted in their traditional alembic copper still named Isabelle, using a one shot method to retain all of the intricate flavours.

If you like a floral Gin then look no further than their Granny Garbutt’s London Dry Gin which was inspired by Karen’s late Grandmother who loved Gin. I can only imagine Granny Garbutt was an extremely elegant and feminine lady as this is reflected in the style of the Gin. Karen describes her as a larger than life character that was modest and thoughtful; she clearly had a huge impact on Karen as she named her pop up Gin Palace after her.

They subsequently added a super strength version at 57% abv officially known as ‘Navy Strength’ although Karen and Mick refer to theirs as Viking strength! This new product is credited with Exeter Gin’s carefully selected 16 botanicals such as juniper, tarragon, marigold, Valencia oranges & pink peppercorns that give it that unique and robust flavour.