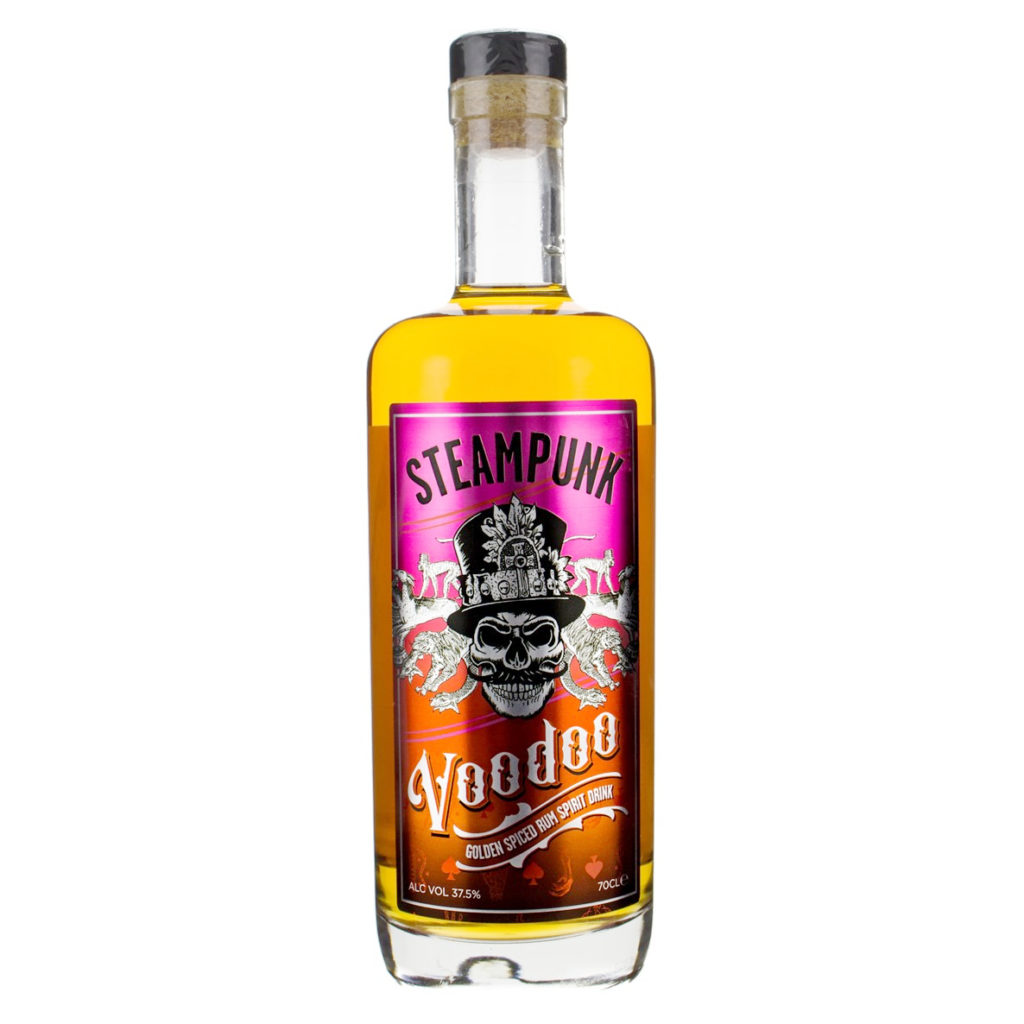 The Victorian sci-fi, steam-powered, stylings of Steampunk Spirits have expanded their range from gins to rum after a chance meeting with a chap from Guyana at a party. They got to talking and after a short while, he pulled a suspect looking bottle from his bag and encouraged the Steampunk Spirits producer to try it… After much coaxing, the Guyanan fella finally gave up his secret recipe in order for Charlie Gibbs to faithfully reproduce the rum and aptly name it “Voodoo Spiced.” This amber rum has notable flavours of warm demerara sugar, ginger, vanilla and hazelnuts. Lots of caramel on the tongue with a touch of maple syrup.

Enjoy with a squeeze of fresh lime over ice or topped up with a premium ginger beer.

Steampunk Spirits is a wholly independent artisan spirits producer based in Gateshead, in the beautiful North East of England. They like to think of themselves as a little different: they are “Northern, Natural and Naughty”. The…
Read More