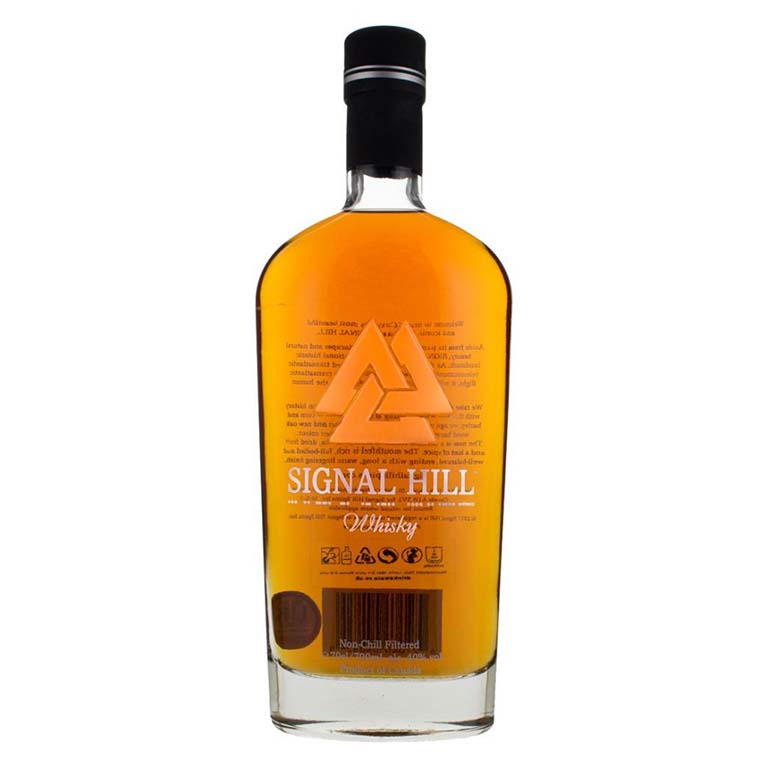 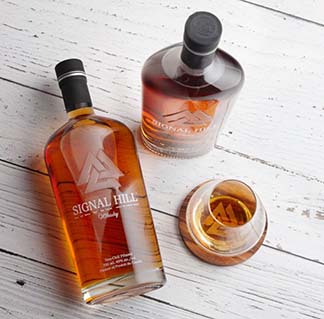 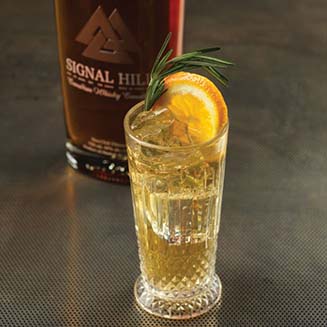 Signal Hill Whisky is made from two types of grain. The corn whisky is double distilled through a two-column still to produce a light and smooth characteristic. The barley whisky is pot distilled to bring out a subtle bready, nutty or malt flavour. Multiple layers of flavour are preserved through non-chill filtering, resulting in a fuller mouthfeel and smoother finish.

Aged in New White Oak Casks for notes of vanilla, caramel and toffee, First-Run Bourbon Casks for flavours of dried raisins and plums, and Canadian Whisky Casks to draw out the characteristics of the grains. The variable Canadian climate adds character to our whisky allowing for a slower extraction of flavour from the casks to create a sweet, mild flavour.

Serve on it’s own with a chunk of ice.

Situated on the highest peak adjacent to one of North America’s earliest used harbours, Signal Hill was a natural location to establish a lookout, with roots in history dating as far back as the 17th…
Read More